My cousin is a console convert. Previously owning a PS3 and Xbox One, he's moved over to exclusively gaming on his laptop. After realising how bad laptops are for gaming (they're bad), he's asked me to build him a budget gaming computer for less than $1000.

What I failed to do last time well when building my girlfriend a PC was gathering her usage and requirements. For a gaming computer it's important to know what games he would play:

Now none of these games besides Far Cry 4 were taxing on typical gaming computer. He wouldn't even mind if it played on Medium or High settings.

To reduce the costs a bit I was able to give him a few spare parts for the build. 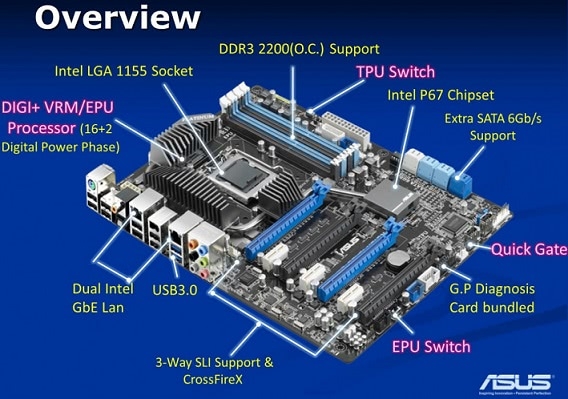 For gaming builds, it is recommended to get an i5 over an i7 solely on the fact that games don't make use of the extra cores that come from hyper-threading. Most games only use two cores. The exception to this are Crysis 3, Metro Last Light, ARMA 3, Watch_Dogs and Battlefield.

Because of the socket, we were limited to only used/preowned CPUs. Luckily a lot of people have been selling their 3-4 year old rigs so we were easily able to pick up an i7 2600 for $200. I would've like to have gotten an i5 2500 but the one we bought for $136 got lost in the mail :disappointed:.  The next best thing would've been the i5 3570K, however it did not offer any better gaming performance as Ocaholic found.

You may then wonder why we didn't go with an i3 or Pentium if it's only going to be a gaming computer. The reason is that many newer games nowadays specifically list a quad-core in their minimum system requirements whereas a Pentium only come in dual-core. Far Cry 4 for example won't start without a quad-core, a game he insisted he was going to be playing. An i3 on the other-hand loses up to 25% in games from the benchmarks I looked at. 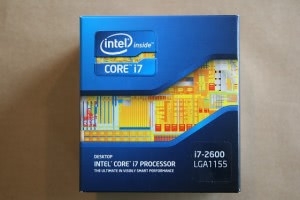 The GPU is the most important part of a gaming computer. At first we went with the GTX 970 for its great value and high performance. It was roughly $550 so we decided to go with something cheaper.

We ran a few tests with my GTX 680 and saw that it ran at roughly 42 fps on Ultra settings (minus good AA). This was more than reasonable for him so we set this as a benchmark.

A bit of research led us to the R9 280 and GTX 960. While both were good value, we went with the GTX 960 because of the heat, power usage and noise of AMD's R9 series. The 960 compared almost identically to the GTX 680 and this was more than enough for his uses. 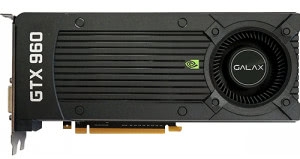 Probably the best sub $100 case that comes with a power supply included. I personally liked the H22 a lot more but he favoured the H21. The case has easily accessible dust filters for front dual intakes and the power supply fan. The case was unique to me in a few areas. Motherboard standoffs weren't required as they were built into the case, this was very new to me. The side panels were also interchangeable.

The PSU is comes with is a generic standard Thermaltake PSU but I don't feel worried about its reliability. Thermaltake knows how to make power supplies and they have many available on the market. It was a non-modular PSU but there was only a single cable left over we didn't use. Cable management was easy as well and we didn't even need cable ties. 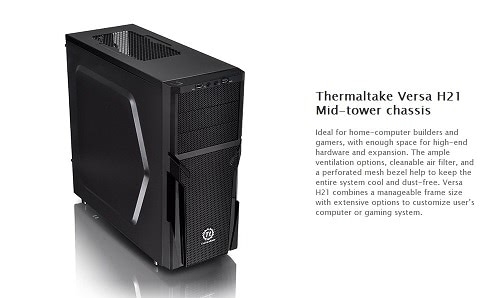 We chose to go with an SSD simply for load times in games. Battlefield 4 is a good example of how ridiculously fast an SSD can load games.

Steam for example allows games to be installed/moved to different locations (known as libraries). Therefore he would install his most played games on his SSD and use an external drive as backup or storage for other games.

There weren't any other SSDs that were as good as the MX100 in this price range. The closest we could've went with was the Transcend SSD370 but they weren't worth the performance for their lower price. 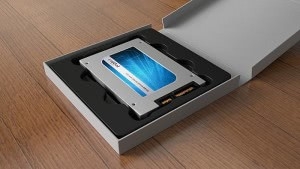 If it wasn't for my motherboard and memory, this build would've cost at least $200 more.

If you are looking to build something similar and reduce costs, this where I would do it: