Taking a look back how my SLOG device has been performing on my ZFS pool after fixing some significant problems.

A few moons ago I recommended a SLOG/ZIL to improve NFS performance on ESXi. At the time I was experiencing tremendously slow write speeds over NFS and adding a SLOG definitely fixed that but only covered up the real issue.

I had really crap write speeds on my SSD pool. It was a mystery why as they were Samsung 840 512GB Pros.

My 6x4TB WD SE drives were performing smoothly however which made me believe it was really just a NFS issue on ESXi.

The (Temporary) Solution: Add a SLOG

As I wrote in my earlier post, I added a ZIL to my pool and it fixed everything. Write speeds were back up on ESXi and life was good. Deep down though, I knew something was still amiss.

What I did not know until now was how the ZIL was fixing the issues. The way a ZIL works is that it when ESXi writes to the zpool datastore, it is actually writing to the ZIL. The ZIL would then flush what it has onto the zpool when it gets a good chance. This 'middle-man' in a way was what temporary solved the issue as it would not affect the performance I saw. Behind the scenes however the ZIL would have been waiting a low time to write to the zpool due to the crippling write speeds.

Testing and how I came to the solution

I tried a new installation of napp-it as recommended by its creator Gea. This showed no difference. He then advised to disable sync and see if I was still seeing any difference. Nope no difference, actually it's even SLOWER than before.

Leaving napp-it and OmniOS behind I decided to run tests on Windows 2012 R2 using CrystalDiskMark and Samsung's very own Magician Tool and I was not surprised that I was getting good results. 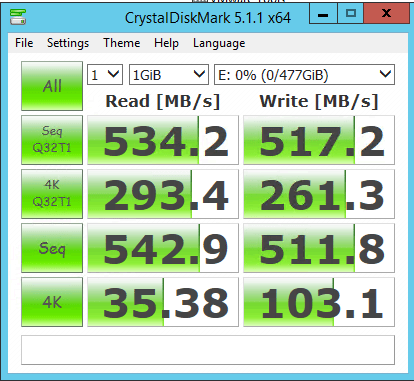 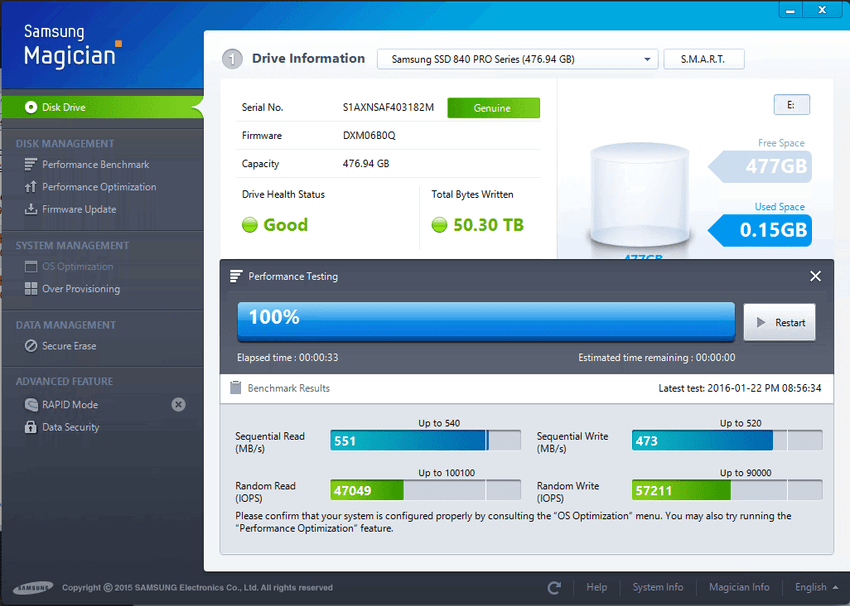 This made me believe there was something wrong with napp-it or OmniOS in general. I told Gea this info and he said it could be a problem with the disks, HBA/firmware or the mpt_sas driver from OmniOS.

Temporarily leaving napp-it behind I decided to try out FreeNAS and see if the issues still arose. A quick dd benchmark and test were very good, but not the 500MB/s I was seeing on Windows.

Something was still wrong. I messed around in FreeNAS for a while (I would say napp-it has a lot more features but FreeNAS is cleaner, but i digress) and noticed some alerts in the top right hand corner. It told me I needed update my LSI 2308 controller from P19 to P20 (which FreeNAS supported). This was pretty much the same advice Gea had told me so I gave it a try and...BOOM

The issue was fixed. 550MB/s write under dd benchmark.

Now that my write speeds were back to normal I then pondered on the need of a SLOG device anymore. So of course I ran some test.

Here are the two tests I ran over NFS, ESXi does sync-writes so a SLOG is measurable here than using iSCSI.

(as soon as it begins writing to the disk)

The time difference was very large on Ubuntu however I could not pinpoint it down write speeds due to the installation requiring components to be downloaded over the Internet. Windows 10 however saw only a ~1 minute difference which is no big concern.

I removed my SLOG from all my zpools and called it a day. The risk of running a SLOG outweighed the performance it brought along. As soon as the SLOG failed I knew I would have been in for it. Running a SLOG mirror on the other-hand is a viable option if money is not a issue. For a good SLOG, recommendations usually included the Intel S3700 ($300 new) or ZuesRAM drives ($1000+), neither of which were very affordable.

Finding issues like these and fixing them are enjoyable especially when they are deeply layered and can change the performance of an entire system. Now if only I could solve all my Wi-Fi problems...