My Grandma sometimes forgets the date and day of the week as she gets older. She doesn't use a smartphone, only analogue clocks. She doesn't know English, so digital clocks wouldn't help. Some digital clocks also lose their time and date after a power cycle. I couldn't get her a voice assistant, as Google doesn't support the Vietnamese language yet. Since there was nothing available for her, I decided to hack together a solution.

I soldered together a Raspberry Pi W and an Adafruit PiTFT display. The Pi W was used on my Prusa MK3S Printer to run OctoPrint, but the performance was so bad it's no longer recommended. The Adafruit Display was used as a touchscreen for OctoPrint's Touch UI, but I found it easier to use my phone than the interface. The Pi W's GPIO pins connect directly to the Adafruit display. 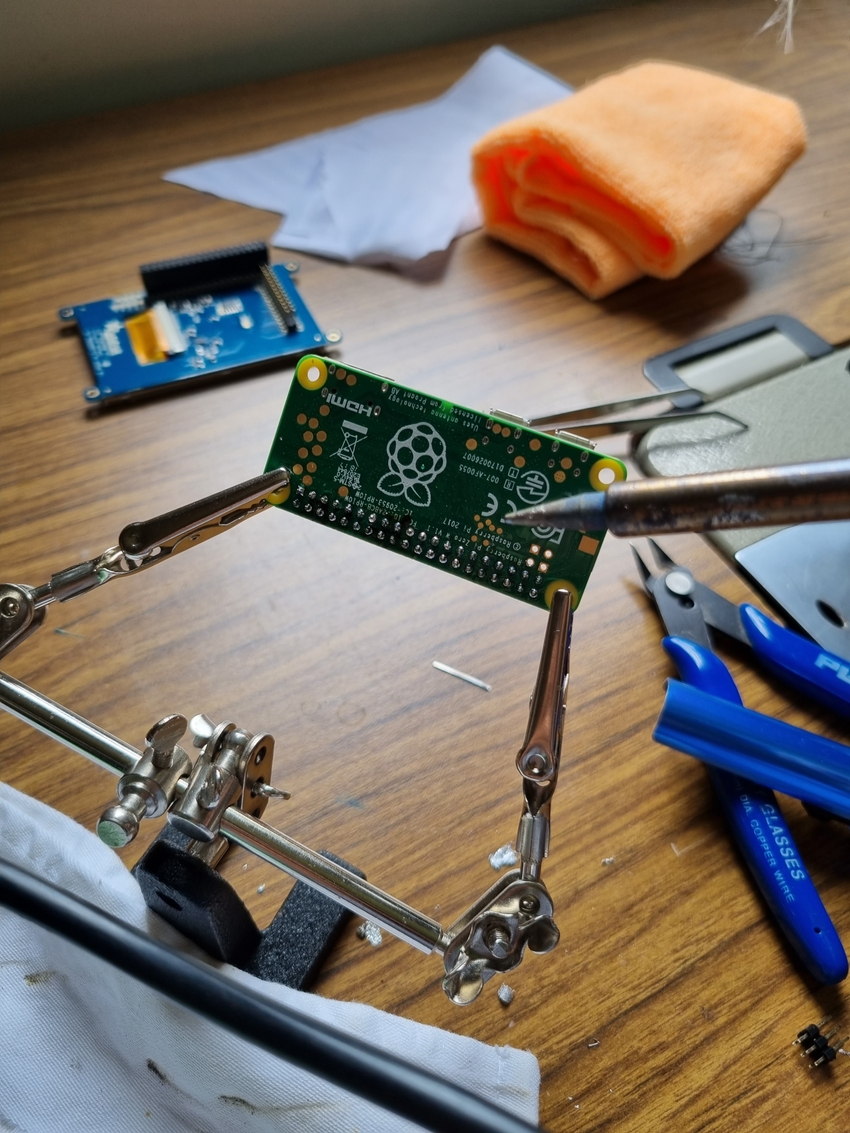 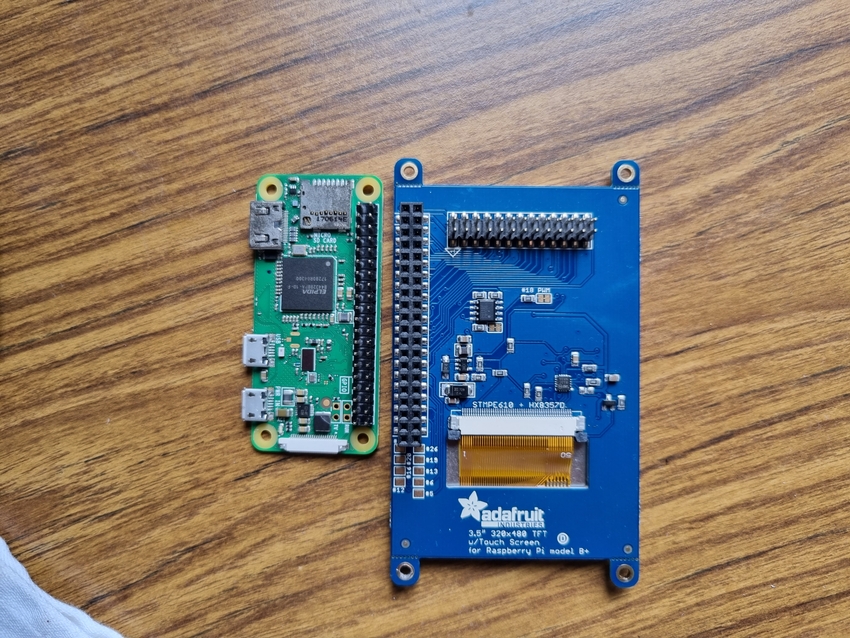 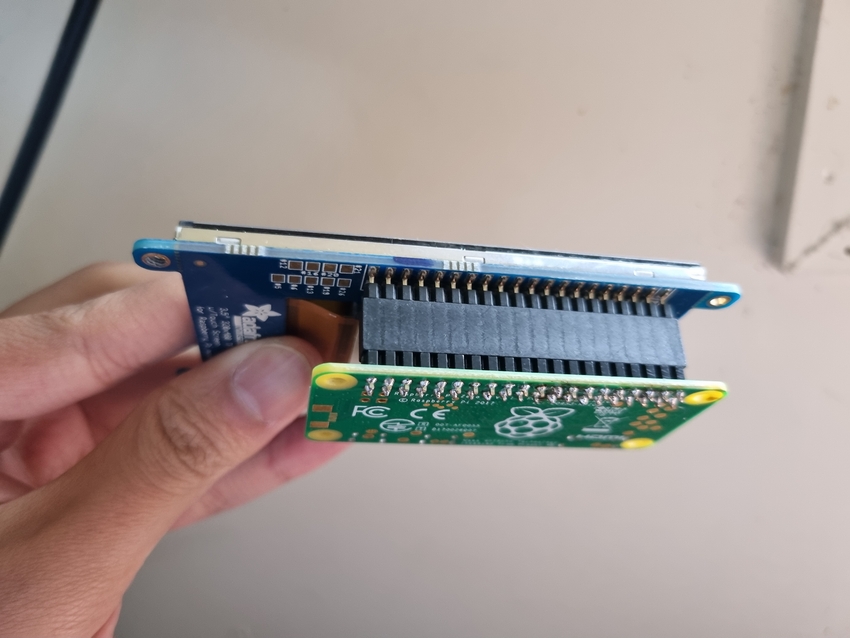 Adafruit provides scripts on their GitHub to install drivers for their displays, HATs and add-ons.

I wrote a simple Python script that would output the day of the week, the date, and the time. It was difficult to change the font size on the terminal, so I used a package called art to display large ASCII art which filled up the display. The source code can be found on my GitHub at calvinbui/pi-clock. The package did not support the Vietnamese alphabet, so I had to remove their diacritics. To autostart the Python script, I edited /etc/rc.local and added /home/pi/pi-clock/main.py > /dev/tty1 before the exit 0. 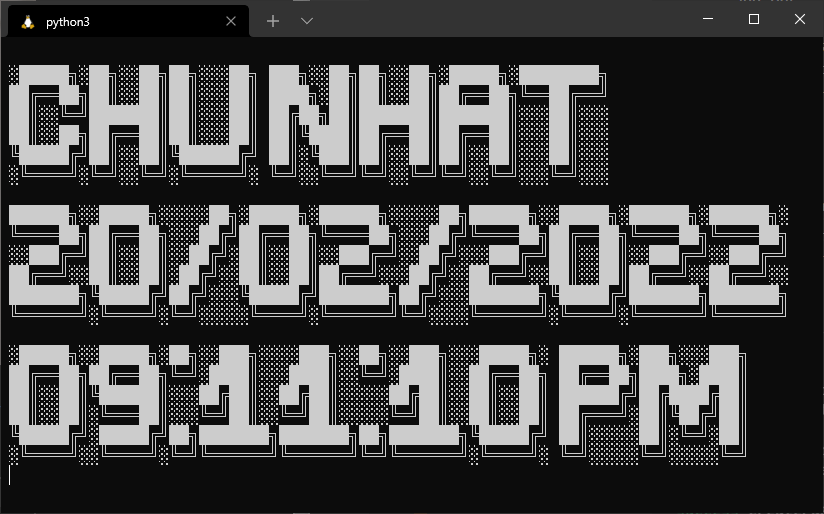 The clock now hangs in her cabinet next to where she sits to watch television. It is powered using a single micro-USB cable, which automatically turns it on whenever it is plugged in. The Python script autostarts after boot. The Pi W is also connected to the Internet, so it will always have the correct time synced. 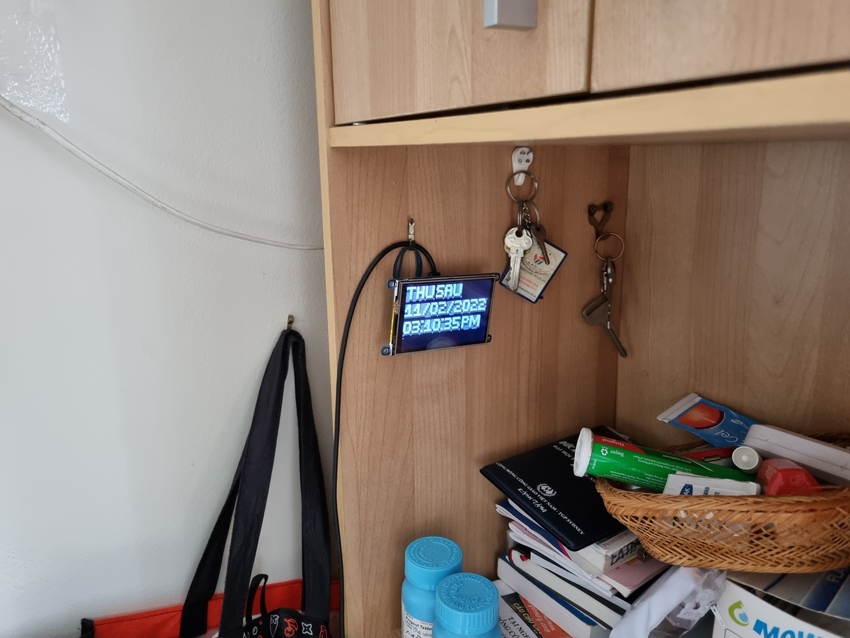 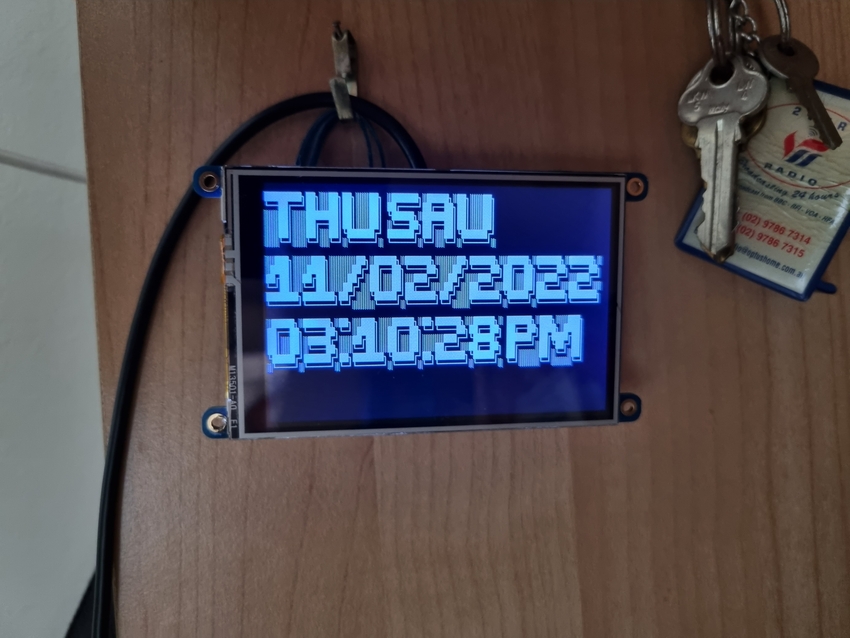