It's been 5 years since my last one and I was starting to run out of space.

The drives I used at the time, WD Se, had 5 years warranty and I couldn't risk them all dying on me at the same time.

The last FreeNAS server was built in mid-2014 with 24TB of raw space. In a RAID-Z2 configuration, it left me with 14.3TB. You can read more about that in my previous post.

I want to talk about a few bits of hardware:

Supermicro X10SRi-F: An upgraded version of the Supermicro X10SL7-F which I used in my last build. Supports 10 drives via SATA and 1TB of RAM. 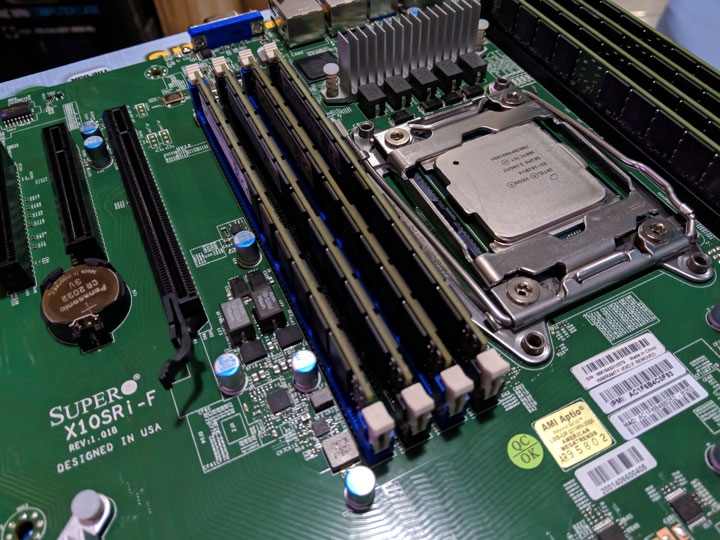 Intel Xeon E5-1620 V4: A pretty powerful CPU which isn't necessary for FreeNAS, but the motherboard needed an E5 processor. I chose this as I found a good price for it on eBay.

128GB RAM: I went with more memory than required (it's recommended to do 1TB = 1GB of RAM) so the next upgrade I do wouldn't a completely new server like this time. My previous motherboard only supported 32GB max, this new one supports up to 1TB (1000GB). 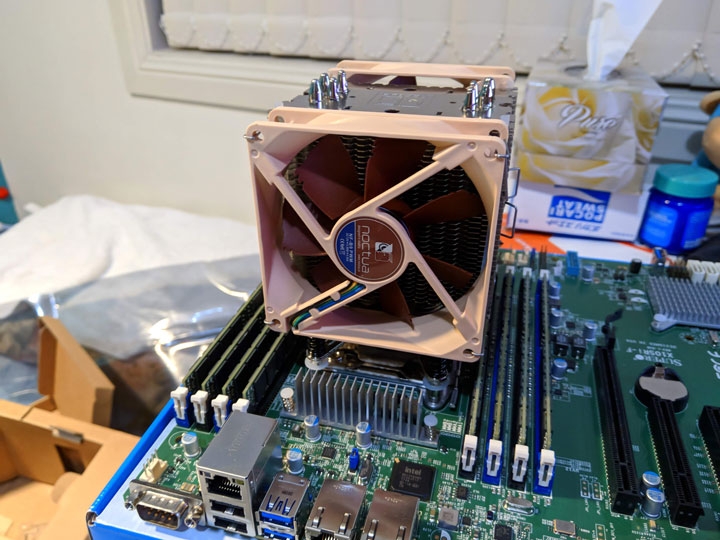 Norco RPC-431: A very short-depth case that can hold 9 drives. I had a hard time finding cases that were shorter than 400mm that could fit this many drives. The airflow isn't the best which is why I had to mod it a bit. More on that later on. 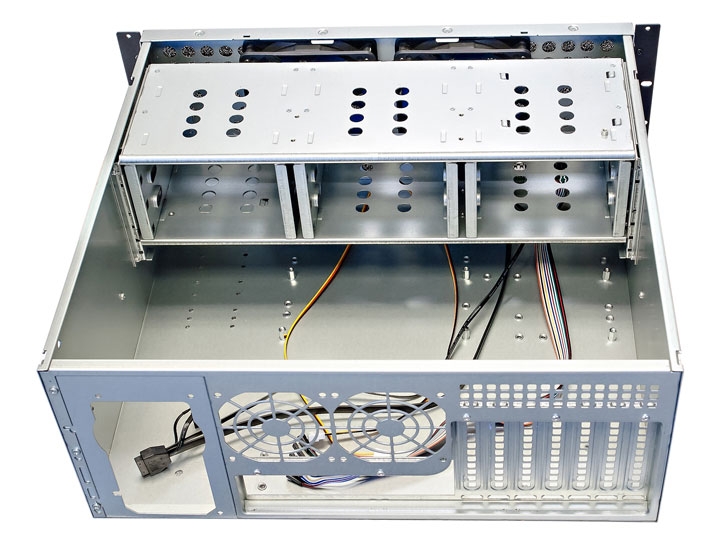 Seagate Ironwolf 8TB: A drive with 3 years warranty, 2 less than my previous drives. In terms of price per TB, 4TB was still king with 8TB coming next. The enterprise 5 year drives were too expensive for me this time around. Compared to the WD Red drives, these run slower but that also means quieter and cooler. 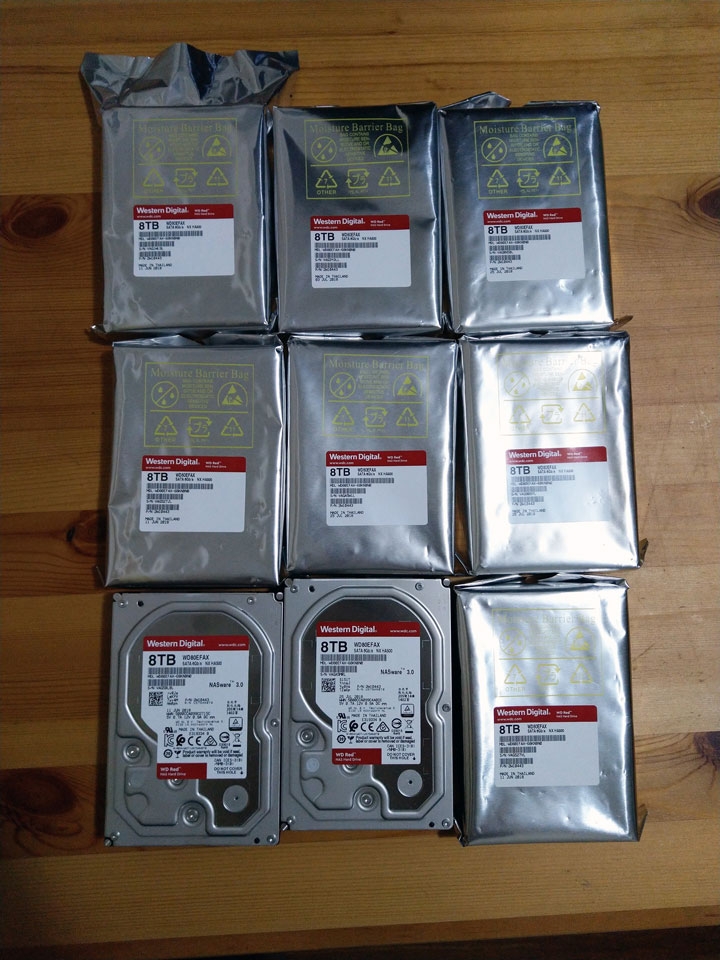 The airflow in the Norco RPC-431 is pretty bad. There's an option to put 2 x 120mm on the front and 2 x 80mm fans on the rear. From the front to the rear, there is very little room for air to be pushed through due to the hard drive bays. 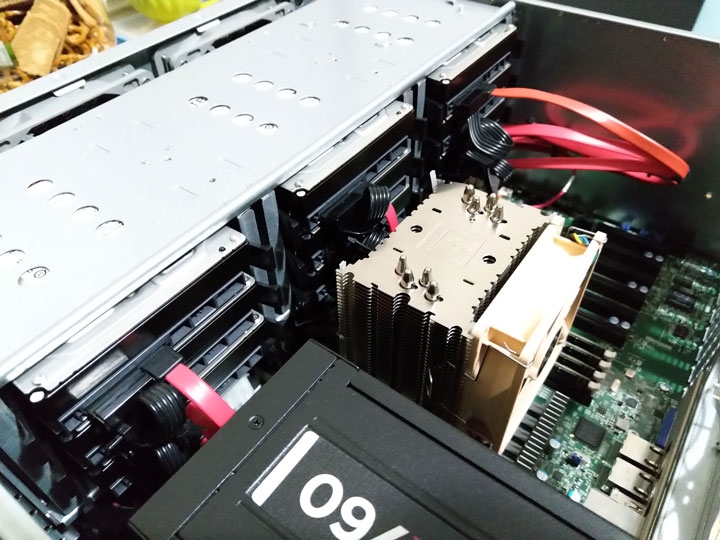 It's a given you will need the rear dual 80mm fans to exhaust the hot air built up inside. Any time I hold my hand behind the server, there is guaranteed to be warm air being exhausted. 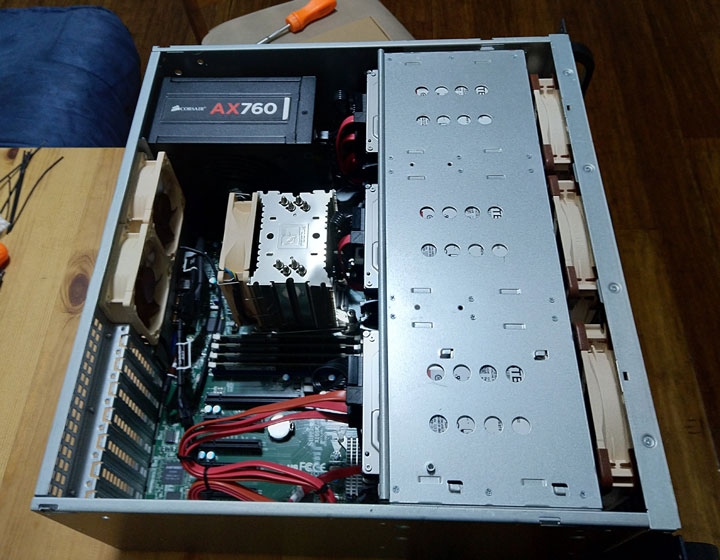 At the front, instead of installing two fans, I chose to zip tie together three Noctua NF A12x25 fans. With all these fans, the hard drives stay roughly around 40 degrees. This is higher than ideal. 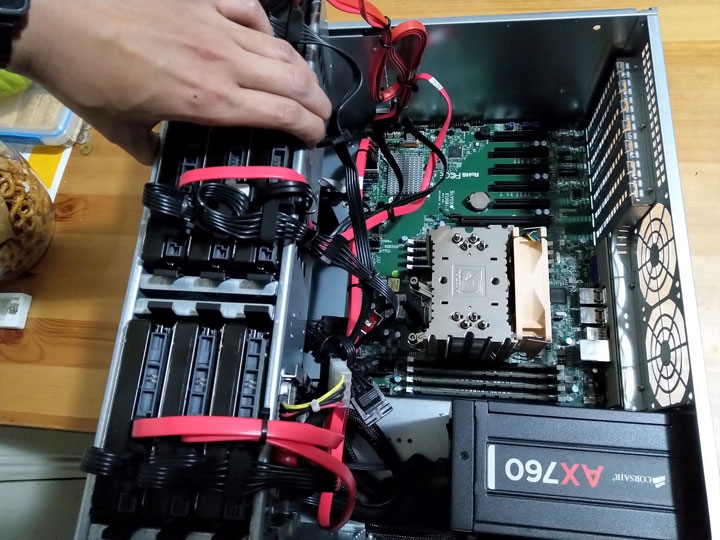 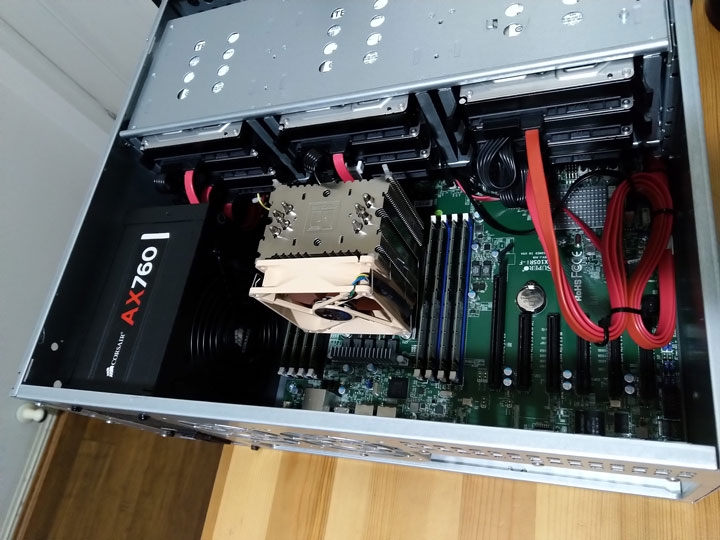