I purchased a Juniper EX3300-48P network switch which will be used to network the entire home.

An alternative I would've gone for is the Brocade ICX6450, but it is up to $100 more expensive. Comparatively, newer switches with similar features such as the TP-Link SG3452P cost $900. Buying second-hand enterprise gear is the way to go!

Juniper still provides firmware updates for the EX3300 on their website. To get the firmware, I had to sign up on their website and wait for approval before downloading it.

Juniper Networks Technical Assistance Center (JTAC) recommends the latest Junos 12.3R12-Sx firmware for the switch. This is recommended instead of the 15.1 updates, because of memory issues the EX3300 experiences on the newer firmware. 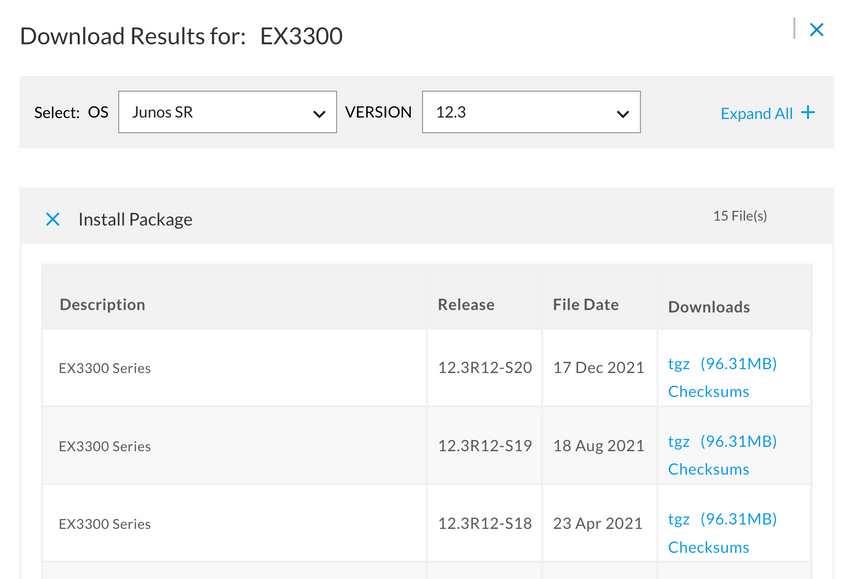 Updating through the web interface or via HTTP did not work for me. The only method that worked was to download the firmware file locally and copy it over to the switch using SCP:

Then validate the package:

Reboot and wait until it comes back online:

To configure the switch, I used the official Junipernetworks.Junos collection. Ansible uses the Network Configuration Protocol (NETCONF), a standard for network management, to configure the switch. NETCONF is an XML-formatted command-and-response protocol that runs primarily over SSH.

First, I added the switch as a host to my inventory.ini file. I also specified the ansible_network_os variable, which informs Ansible which network platform these hosts corresponds to. This is required when using the ansible.netcommon.* connection options. I also added the username and password because SSH keys did not work for me.

Next, in the playbook, I targeted that host with ansible.netcommon.netconf as the connection mode.

Finally, I used the following Ansible modules to configure the switch:

I have uploaded my configuration to my Ansible repository on GitHub. 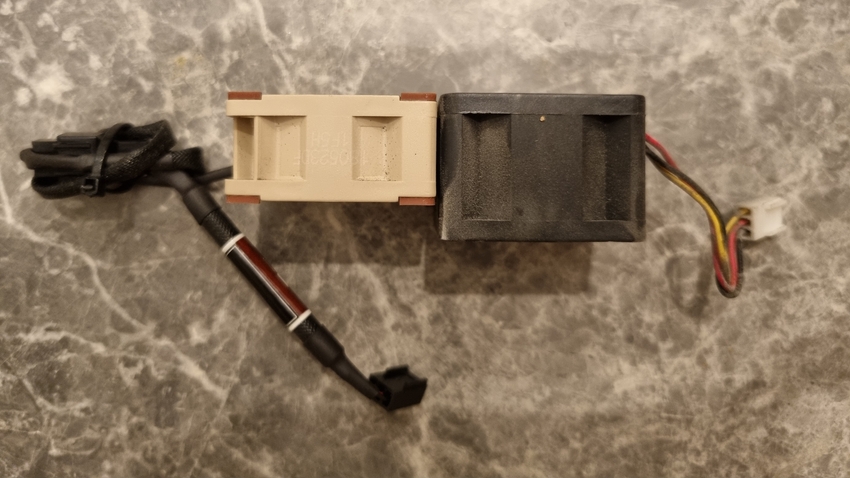 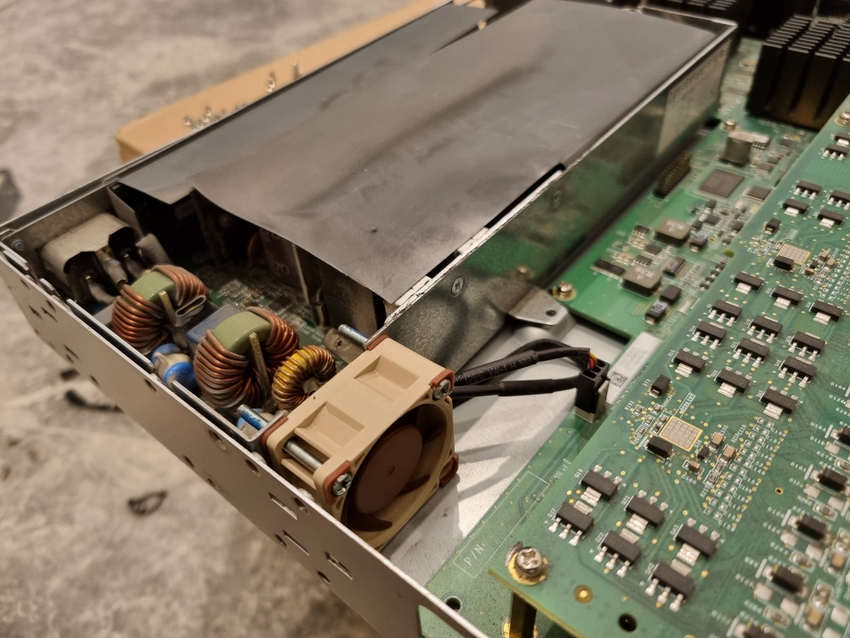 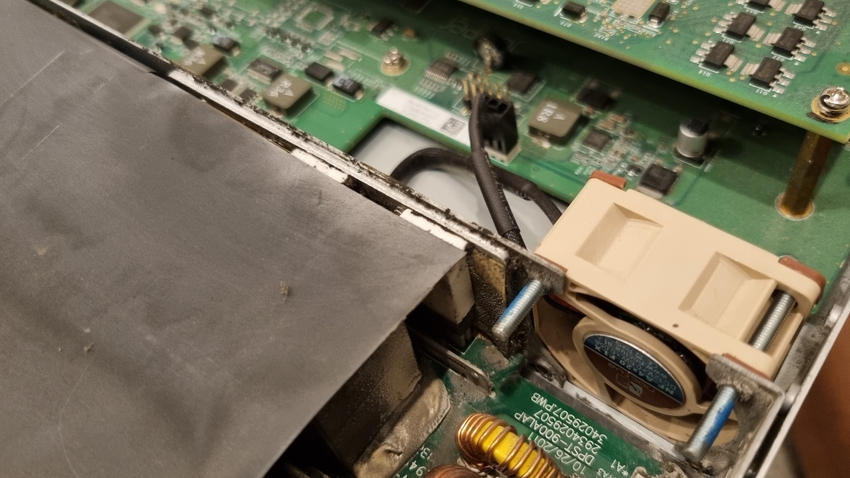 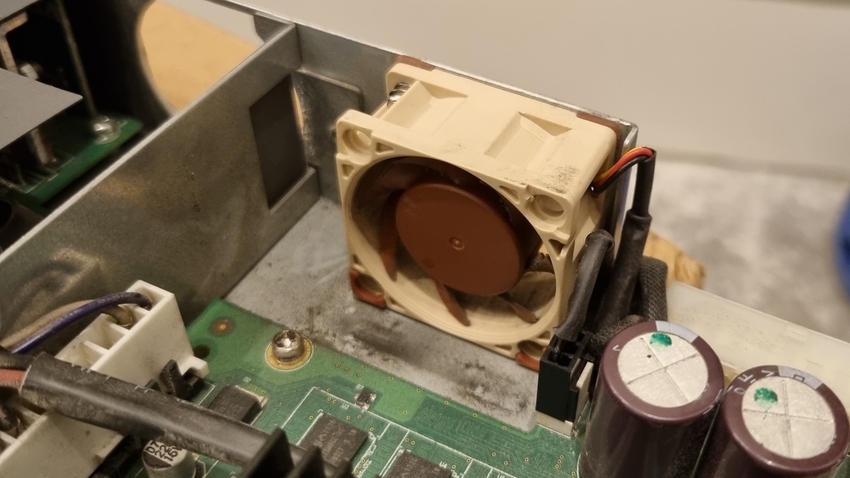 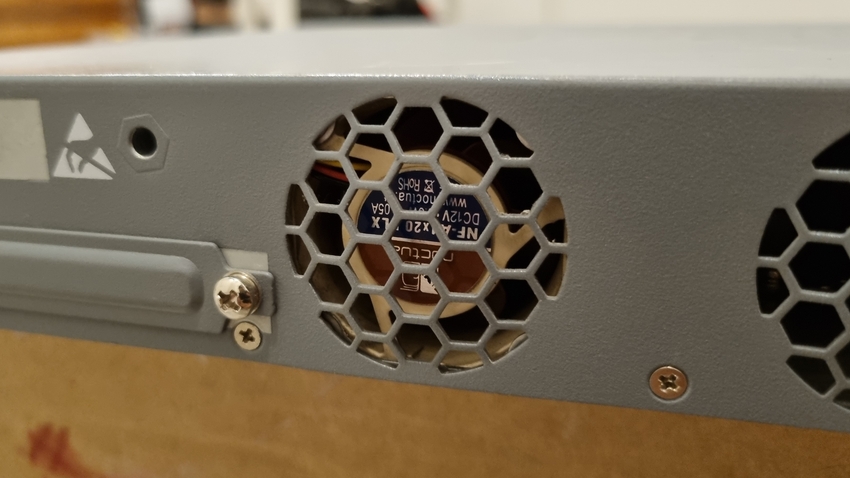 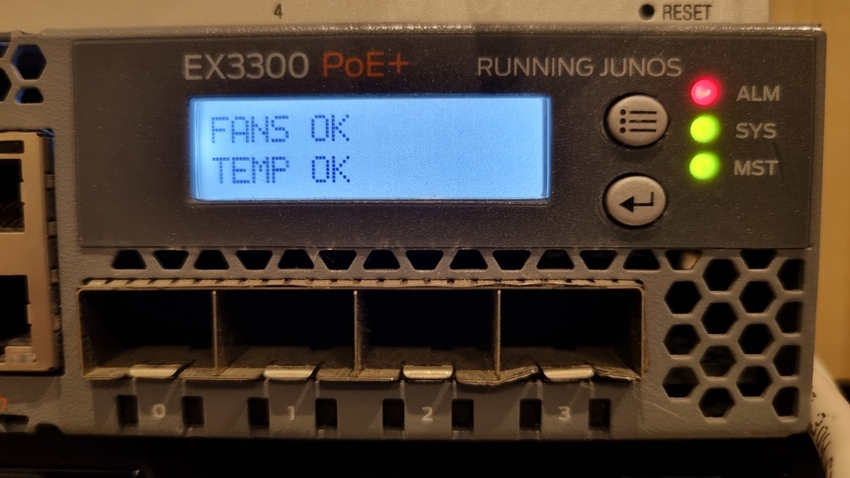 After the mod, the fan noise has dramatically reduced. Previously, I was able to hear the switch from an adjacent room on a quiet night. The airflow has decreased as well, but temperatures have been at a stable 59-60 degrees Celsius. From Juniper's documentation, the fan will go into high speed at 70 degrees, give a yellow alarm at 80 degrees and a red alarm at 95 degrees.

To monitor metrics from the switch, I used this junos_exporter by tynany with Prometheus and Grafana. A more popular exporter by czerwonk did not work with my EX3300, most likely due to the firmware version.