I merged all my home servers together to improve performance while reducing power usage.

In one of my first ever posts, I shared my all-in-one server which has since been split into a separate application server running pure Docker containers and a 72TB FreeNAS storage server.

The act of merging application, storage and network devices is known as hyper-converged computing This excellent diagram below from helixstorm outlines the different types of infrastructures possible.

To achieve this I needed to:

My Norco RPC-431 only supports 9x3.5" drives and 1x2.5" drive. I needed to add and extra 1x3.5" and 2x2.5" drives used for my security cameras and the operating system. My Supermicro X10SRi-F motherboard also has only 10 SATA ports. I had to get a bit creative.

Adding more SATA ports is an easy task with a RAID card running in IT mode. Thanks to the ServeTheHome forums, I was able to go through all a list of all models and their OEM counterparts. 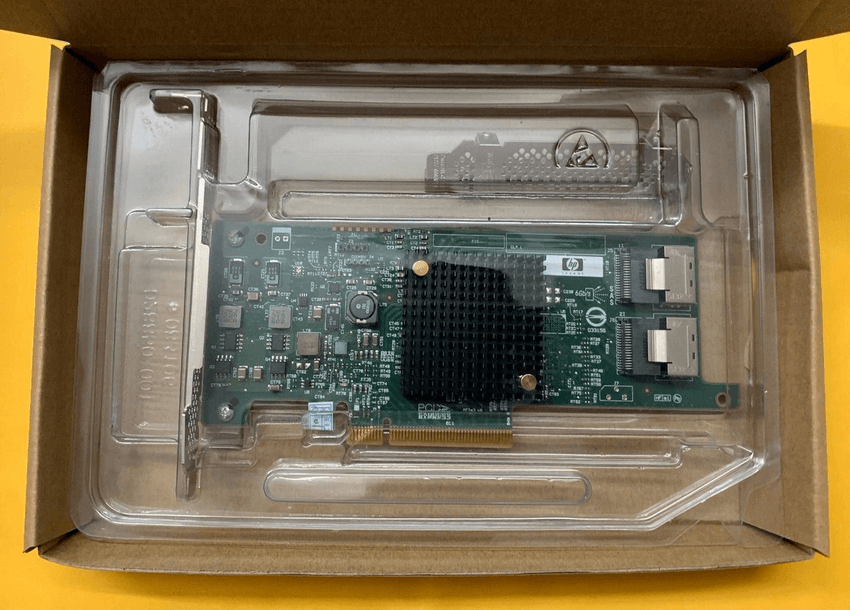 I also grabbed two cables mini-SAS (SFF-8087) to SATA cables from AliExpress for around AUD $8. 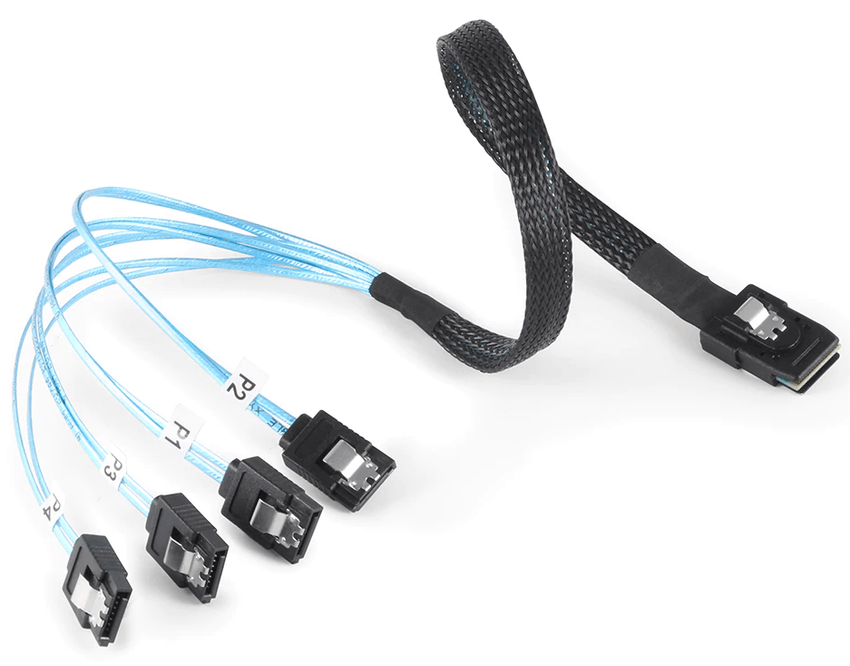 When I received the card, I performed a firmware upgrade following this guide from tifan.net. Since the files there may one day disappear, I've uploaded the PH20.00.07.00-IT.zip firmware and P14 sas2flash.efi tool on my site too. Here are the EFI shell commands:

The only free space left in the case were where the PCI slots were. I found a some 3D prints off Thingiverse for hard drive PCI mounts: 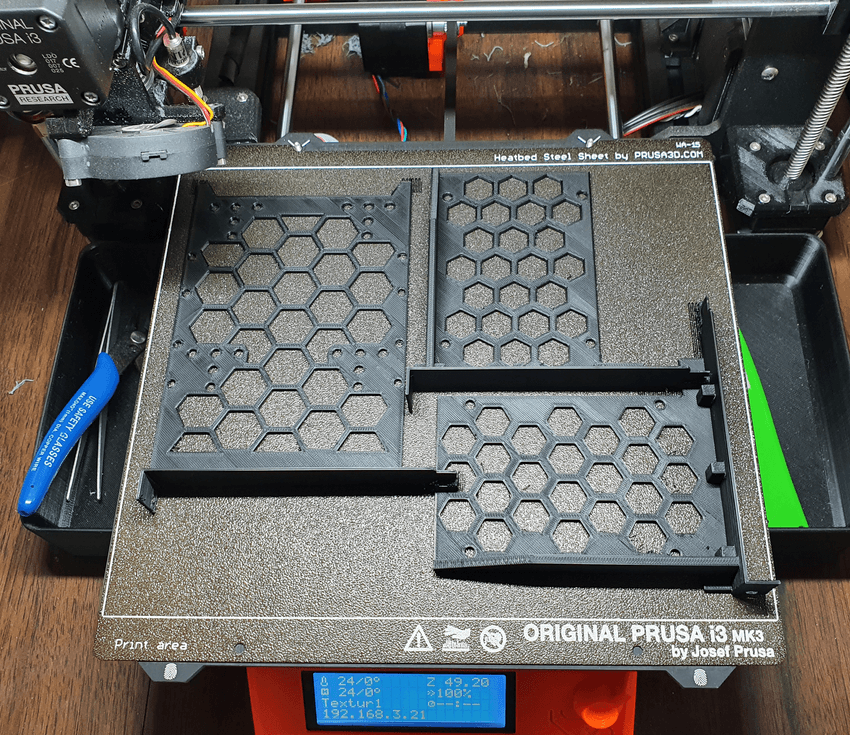 I mounted them with normal screws. 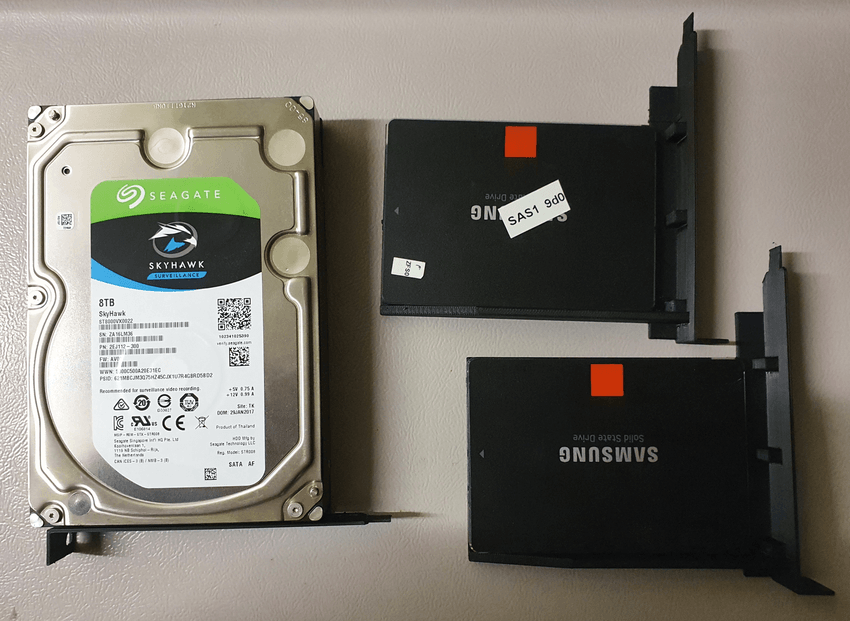 With the drives and RAID card installed into the system, before wiring up the spaghetti: 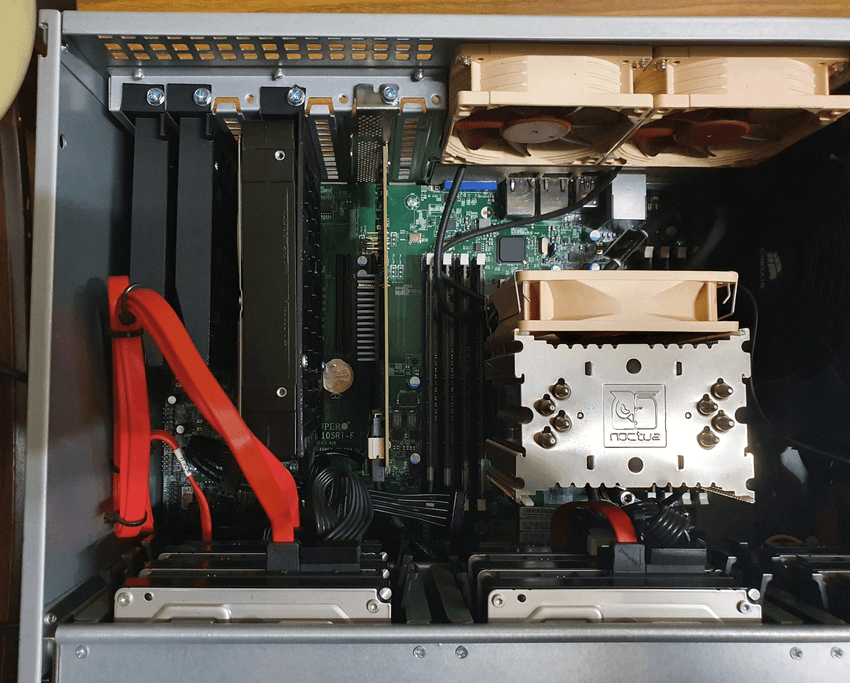 I re-installed Ubuntu from scratch to be safe. I was able to follow my previous post on setting up RAID1 for 18.04 on 20.04 with some small wording changes.

Importing the ZFS ZPool in Linux

First I installed the zfs package:

Running zpool import lists all the possible pools that can be imported:

I imported the pool with the special -d /dev/disk/by-id option so it auto-mounts after reboots:

I also performed an upgrade to get the latest features:

Also changed the mountpoint as it mounted to /files by default:

FreeNAS made sharing zpools easy with GUI options for SMB/CIFS, FTP, etc. I had to set up SMB myself and you can find it in my Ansible playbook. The only thing it doesn't do is set smbpasswd which isn't possible with Ansible yet.

If you're using Nextcloud like me, I updated the External Storage app to use a local mountpoint instead of SMB.

FreeNAS provided alerts ZFS and disk health events. To replicate this as close as possible, I used different tools. You can these in my Ansible ZFS playbook.

zfswatcher is a ZFS pool monitoring and notification daemon. A Docker image is provided by Pectojin. It is able to send email alerts on a variety of ZFS events.

scrutiny provides a web interface for drive S.M.A.R.T. monitoring. It is also able to send alerts to a lot of services with its shoutrrr implementation 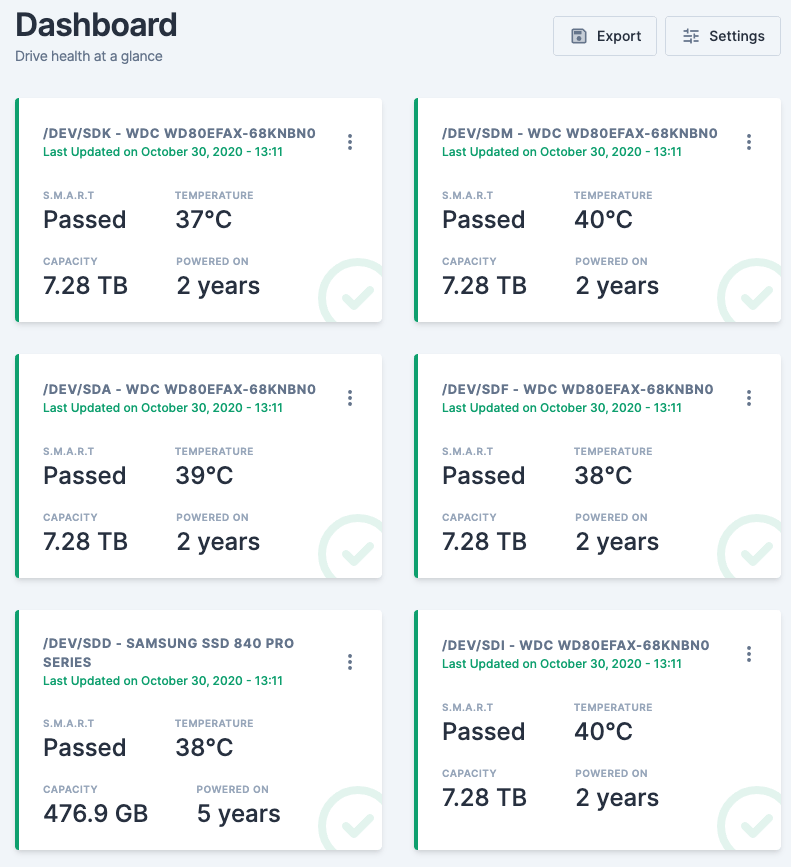 zed is the built-in ZFS on Linux Event Daemon that monitors events generated by the ZFS kernel. Whenever a new ZFS event occurs, ZED will run any ZEDLETs (ZFS Event Daemon Linkage for Executable Tasks) created under /etc/zfs/zed.d/. I didn't add any new ZEDLETs and went with the default provided.

A mail provider is required on the host as well. I went with msmtp as ssmtp was no longer maintained and postfix looked too heavy for simple emails. I added all the email configs to the ZED config file at /etc/zfs/zed.d/zed.rc and tested with a zpool scrub. 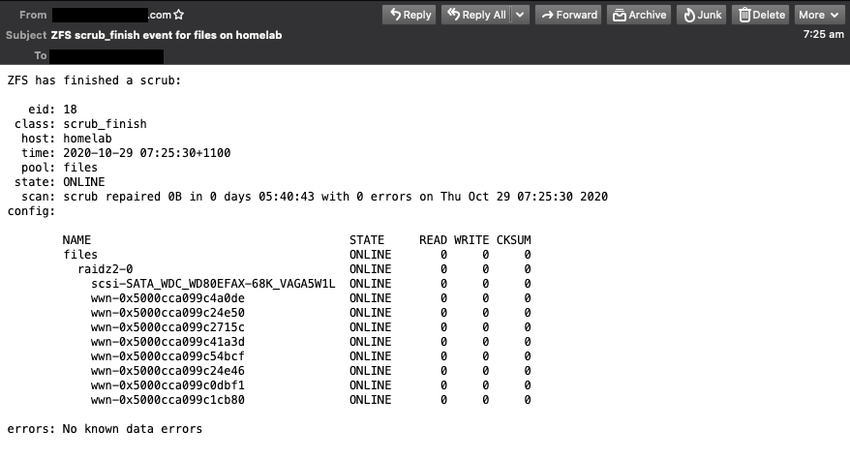