The Daikin Airbase is a Wi-Fi connected interface for controlling Daikin ducted air conditioning units. This gives the convenience of controlling temperature, timers, and zones from a mobile device or voice assistant.

This feature requires the Daikin Airbase BRP15B61 adaptor. It must be connected to the same Wi-Fi network as the mobile device to control the air conditioner locally. Otherwise, a 'remote' connection can be made over the Internet. 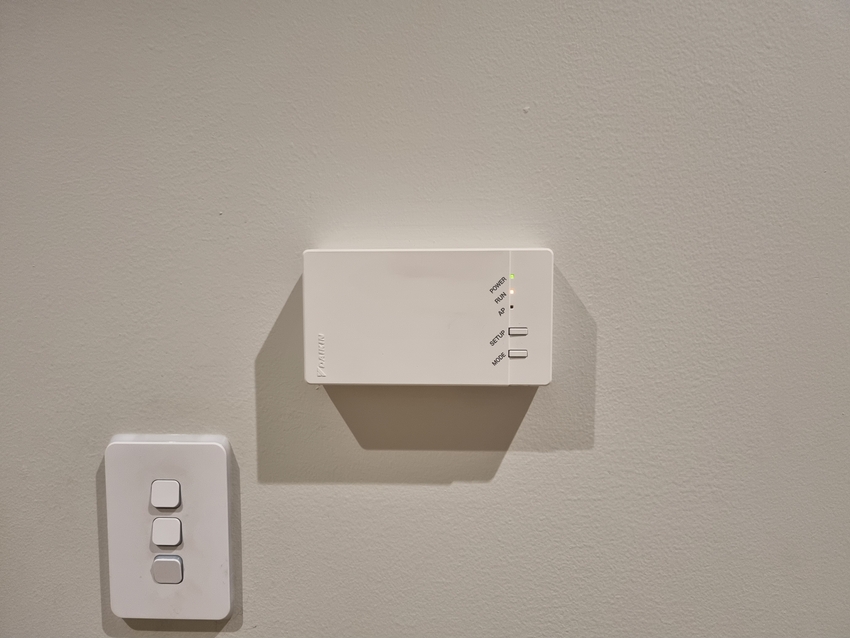 I segregated the Airbase controller onto my IoT VLAN where it has no access to important devices like my router, servers, or switches. However, this meant I wouldn't be able to access it locally as it was on a different VLAN. Even after enabling the OPNsense MDNS Repeater (equivalent to Avahi), the Airbase was still not visible or connecting. This meant the Daikin app wasn't using multicast DNS to discover the adaptor.

It led me to dig into OPNsense logs to find what connection the app was trying to make. This can be done by enabling logs on individual firewall rules, and then watching the Firewall Log with filters applied. The logs showed me the Daikin Airbase app was attempting to make a UDP connection from my device on port :30000 to the broadcast address on port :30050. This is a UDP Broadcast instead of mDNS/DNS-SD which is why MDNS Repeater/Avahi wasn't working.

To allow UDP Broadcasts across networks, OPNsense provides the udpbroadcastrelay plugin by marjohn56. The plugin listens for packets on a specified UDP broadcast port, and when a packet is received, it sends that packet to all specified interfaces. After installing the plugin, it can be found under Services > UDP Broadcast Relay.

Within the plugin, add a new relay with the following settings: 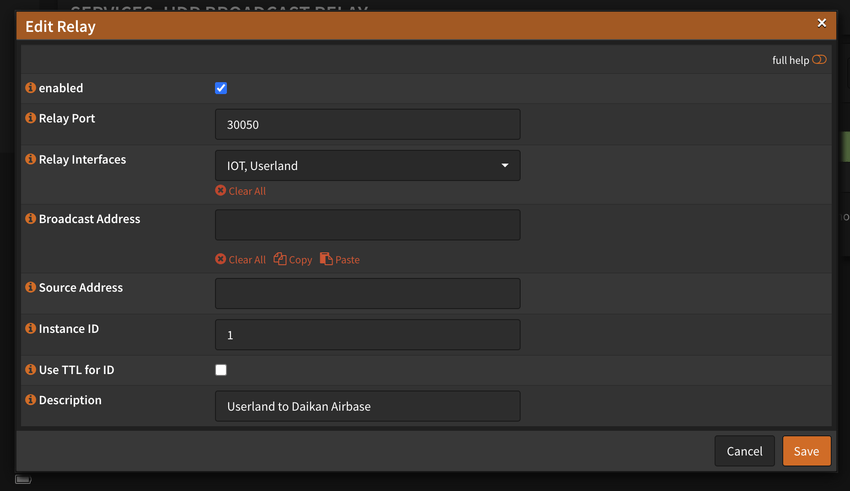 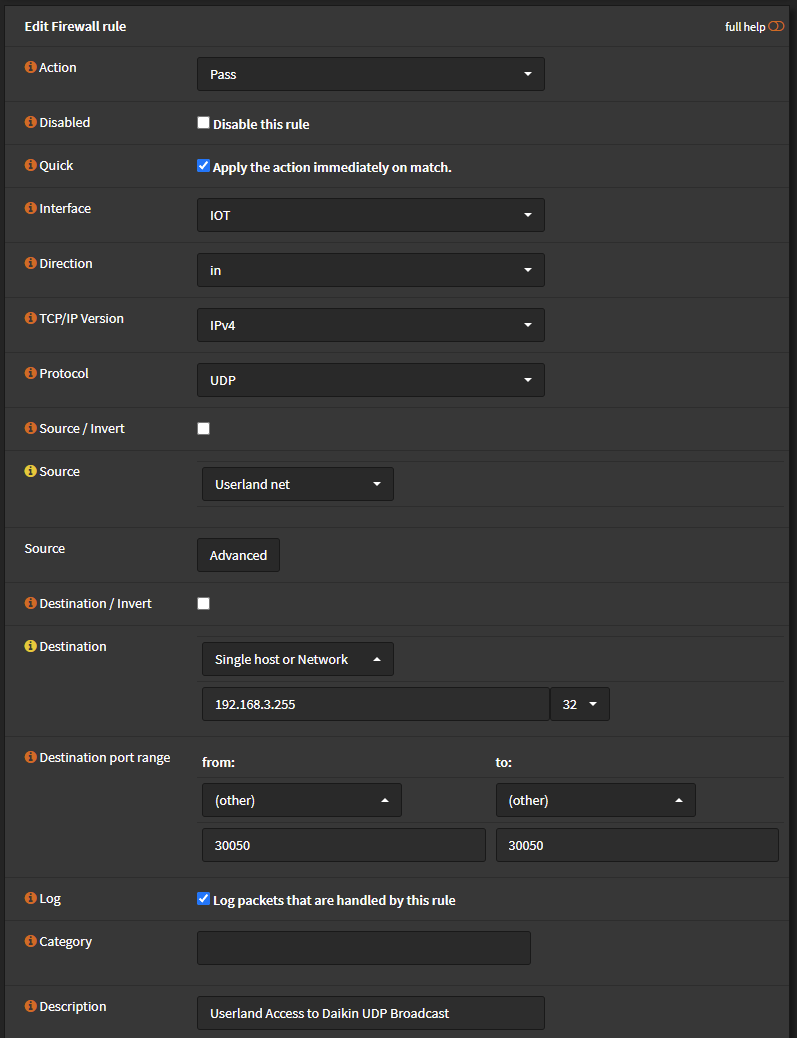 Create another firewall rule on the Daikin Airbase's network to allow it to respond to the incoming network but only on port 30000. 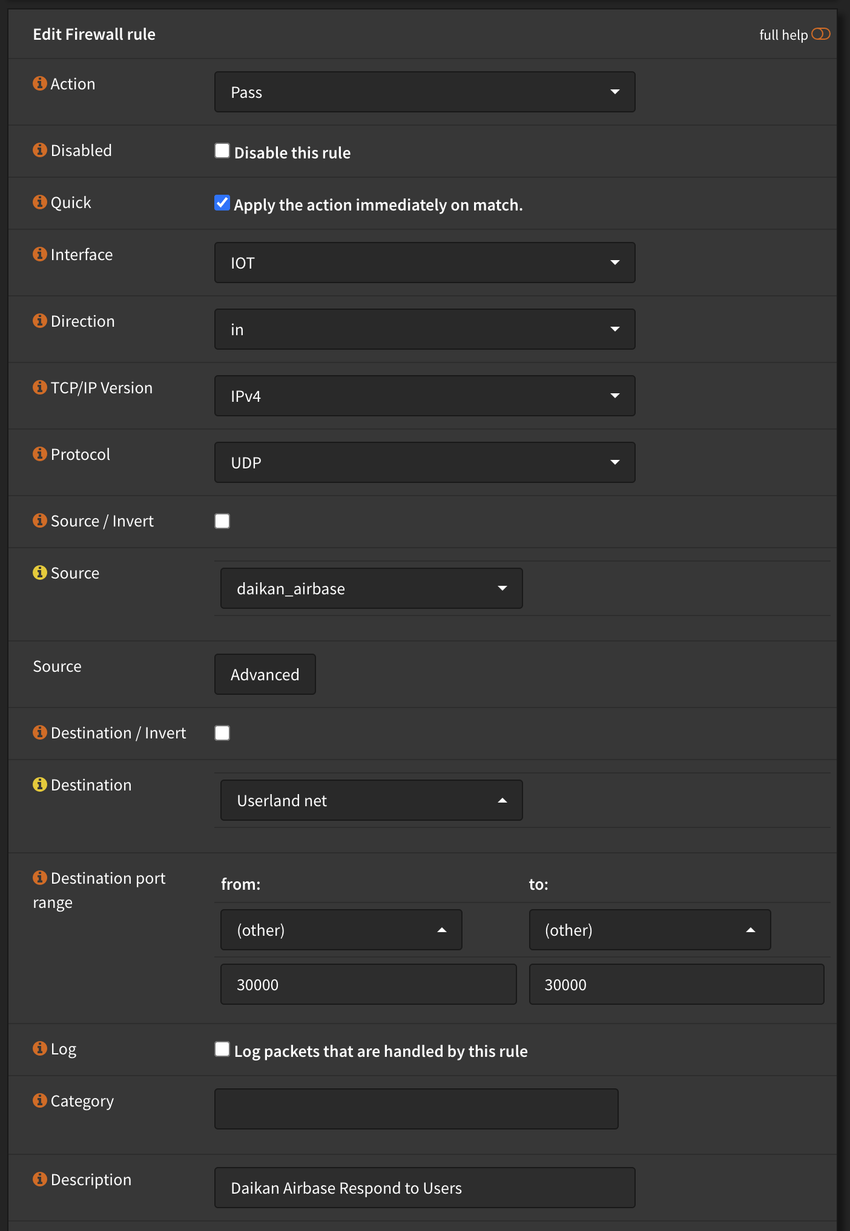 The Daikin Airbase app should now be able to connect to the controller across VLANs. I watched the firewall logs and could see: