The entire process and tough criteria I went through to pick a VPN provider and escape mass surveillance.

Picking a VPN provider and going on my way merry way around the Internet is a pipe dream. Speed, privacy and tracking are still a concern.

When picking a provider I had a few things I needed:

Each provider has their own privacy concerns, if staying secure from your ISP wasn't enough you have to make sure the VPN provider also doesn't know what you're doing.

Luckily, the Internet comes to the rescue. All the criteria above can be filtered thanks to That One Privacy Site.

With the all the above filtering I was left with:

I also extended the test out to VPNs within 'fourteen eyes' as recommended by privacytools.io and was given:

As unscientically as the come, the testing methodology was: 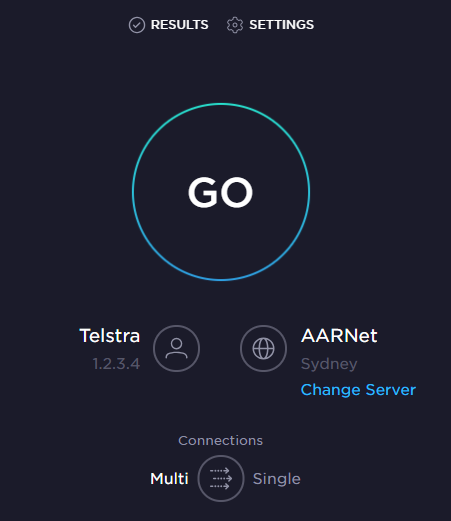 As I mentioned before, I wanted at least 100Mbps download and the providers that met that were:

Luckily for me, each VPN provider listed had a money-back guarantee which I took them upon. This was used as an indicator of how ethical they were. I paid using PayPal so I could use them to step in for a refund if needed.

It came down to Ivacy or Mullvad due to speed.

Mullvad comes highly commended. My only concern is it's part of the fourteen eyes but both That One Privacy Guy and privacytools.io are okay with that. Mullvad do clearly outline how they don't log any info, but saying what you do and doing it can be different. This is still better than 99% of providers that just write 'we don't log'.

Ivacy on the otherhand is a bit sketchy. They tried bribing That One Privacy Guy. Ivacy is also a sub-brand/rebrand of PureVPN, which is a provider that has been busted keeping logs. So in reality, Ivacy does keep logs as PureVPN keep logs. Stay away.

There is no perfect answer, but Mullvad is as close as it comes. My reason for a VPN is to escape mass surveillance. Mullvad keeps no logs, provides strong encryption, offers great speeds and are big on anonymity. While being in the 'fourteen eyes' is a concern, there isn't anything stopping anybody from starting a VPN company in any other country either. My criteria was at least not within the 'five' or 'nine' eyes.